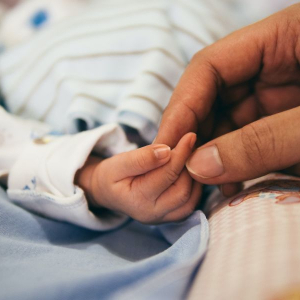 Sometimes certain incidents or faces get stored in our memory and surfaces at times, reminding us of some forgotten event or moment which leaves a mark on us unknowingly. As I hit the so-called 'writer's block', this memory surfaced from the recesses of my mind.
When my mother-in-law was hospitalized a long time ago, I used to take breakfast and lunch for her, and relieve my husband who would do the night shifts. After spending a few days in the hospital, you sort of get to see some people, who also are there to attend to their loved ones. Over a period of time, you smile and then get to talk to them.
I saw this lady for the first time when I was passing along the hospital corridor. There she was, busy preparing coffee on the heater. She seemed to be in her mid-sixties, less than five feet in height, chubby and cute. In other words, she reminded me of a typical grandmother from one of the many Grandmother's storybooks that I used to read for my children. She seemed to have that lovely aura about her. She had a radiant smile on her face, with a twinkle in her eyes. It was one of those faces, which you would love to see, and which would liven up your mood.
After a couple of days, our paths crossed and I smiled and she smiled back at me. This lady was very agile. I would see her climbing stairs and never seemed to use the lift. She would be found traversing the entire corridor to either get food or could be found standing in a long queue at the hospital pharmacy to buy medicines. Mind you, these corridors are so long that for everything one needed, one had to really walk quite a lot. Most of the time, she beat most of us who were half her age, hollow with her agility. I always found her doing all this tirelessly. I never saw any person who would come to relieve her. She seemed to be a one soldier army!
By the looks of it, she seemed to have been in the hospital for quite some time, as she seemed to be very familiar with the hospital procedures. All the nurses and doctors seemed to know her pretty well and would stop to speak to her. So, I guessed that, whoever her dear one was, had been hospitalized for quite a long time. I did not get a chance to talk to her as we were also busy during the initial days, hence my interaction with her was limited only to a smiling acknowledgement whenever our paths crossed. Each time I met her, I would always be amazed by her energy and enthusiasm that seemed to be radiating from her face.

I wondered how she seemed to be managing everything all by herself? Because, as we all know, after a couple of days in the hospital, one feels really stressed out and would wait to get back to routine life, back home.

That evening, I was heading back home and for the last time, our paths crossed (as my mother in law was shifted to another ward). From afar, I saw her with a person in the wheelchair, which this lady was pushing. I smiled at her and she smiled back and as I came close, she introduced me to her daughter.  Sitting in the wheelchair was her daughter, who seemed to be in her forties, totally paralyzed, and oblivious to anything around her. I stood there benumbed and humbled as she passed me, with that sweet smile on her face. For some unknown reason, I had tears in my eyes. And I wondered how she could hide all her pains behind that ever-smiling face.
I saluted this brave lone mother who was treading an uphill task of caring for her beloved daughter, who knows, maybe for a whole lifetime with that total love and devotion which only a mother can give to her child. I don't know why, but all I could think of at that moment were the verses from the poem 'The Solitary Reaper' by William Wordsworth.
Posted by shobhana shenoy at 10:00 AM 11 comments: