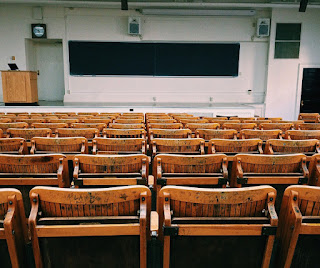 "There are two times when Parenting is difficult. When the baby first arrives at home, and when the adult first leaves home"- Jennifer Quinn.

This is just a quote until the time you experience it yourself and then it hits you hard. Though my son had gotten into the Institutes in the same city that we resided in, we wanted him to go out from this protective cocoon out into the world and spread his wings. I remember one of my friends being surprised when we told her that we actually would like our children to go out and experience life outside of home!

Moreover, it is only the human babies who are nurtured close to one and half decades in comparison to the bird and animal kingdom. The young ones of birds and animals, have to be up and about within a couple of hours or days after birth so that they don't fall easy prey to predators in the jungle.

Therefore, it is but natural for parents to be anxious and worried about the wellbeing of their children. More so, because of the impressionable (and vulnerable) age at which they leave home for the first time. But we wondered if not now, when? On his part, my son felt the thrill and excitement of exploring a new world on his own for the first time in his life as well as anxiety on how he would manage. Days flew by. The college forms and the hostel forms were filled. Though the college had allocated a single room with attached toilet, we opted for three students sharing a room with common toilet. We wanted him to build relationships with his peers, understand the meaning of sharing, adapt to the nitty-gritty of living in a hostel (washing one's clothes etc) and not get used to small luxuries that come with a single room.

There were umpteen things to do. Lists were drawn out as to what all things he needs to pack. His clothes, bedsheets, pillow covers, toiletries, medicine kit, hangers, etc. Apart from his list I had drawn my own list! How can I not pack some of his favourite goodies and snacks.... my list was never-ending. Somehow as mothers, we have this tendency of 'overpacking' (that is what I tell myself) thinking that one needs to be prepared for future contingency. As the baggage started increasing in numbers and getting heavier, both my son and husband finally put their foot down. They told me that it is not a remote place that he will be going to and removed half of what I had packed..(But then, I still managed to sneak in a few things when no one was around) My husband and son were baffled as to why the bags were still heavy!

The College had various formalities that needed to be completed and an orientation for the parents had also been arranged by the college. We did not want to miss out on this important milestone in our son's life. Since this was also the first time that our son was leaving home, my husband and I decided to go along with him. The college also made arrangements for parents to stay in the hostel rooms within the campus. We thought that would be the best way to assess things first-hand.

So, we landed up there and the first view of the college mesmerized us. Situated atop hills at a height, there it was, acres of lush green land with academic blocks and hostel blocks spread out far and wide. It made us go wow! The hostel rooms were very neat and comfortable too. This particular town actually is a University town. Engineering, Medical, Management, Hotel management institutes all being located in this town - it would perhaps be a town with one of the youngest populations in the country. One would only see students all around us. The small shops within the campus added to the charm. Here we were amazed at the range of products that were being sold! There was everything that a student would ever need. I realised then that whatever we had packed was all unnecessary. The shopkeepers, in fact, knew exactly what we needed and without being asked would just assemble everything in front of us as a package. Such was their efficiency.

Then to my son's delight there were umpteen number of restaurants with all kinds of cuisines. Guess what! The prices were half of what we would pay back home. The food in the food court within the college was also good. We were really happy with the entire set up.

On the parent orientation day, both the faculty and the hostel warden spoke about all the do's and dont's within the campus and the hostel. Whatever our worries were, was allayed by the staff and the faculty. The rules for hostel were very strict and it was a great relief for us. As all the parents were in the same boat, we exchanged notes and found that we were not the only odd ones out! All of them had similar queries and doubts.

Suddenly, it was that moment of saying our final goodbyes. With a promise to keep in touch whenever and whatever time it may be, and also assuring him that we are always there to listen to him with regard to any issues or problems that he might face during his course of time there, we bid him adieu. It felt strange when we got back home with one less member of the family. The saving grace was my second son being home with us for the next two years!
Posted by shobhana shenoy at 9:42 PM