Two years just flew past. It looked like it was just the other day when we were busy with the admissions to the college of our elder son. I have chronicled that entire journey in

It was now the turn of my younger one!

There is a gap of 21 months between my two sons. When my younger son completed his 9th grade we asked him what decision he had made about the stream he wanted to pursue in his 11th and 12th grade. If it was Engineering, Medical or Pure Sciences, then he had to take up the Science stream. This meant getting into the juggling act of coaching classes once again, which gave me nightmares. But, mentally we were bracing ourselves to go through this whole jig if he were to choose so (sigh). 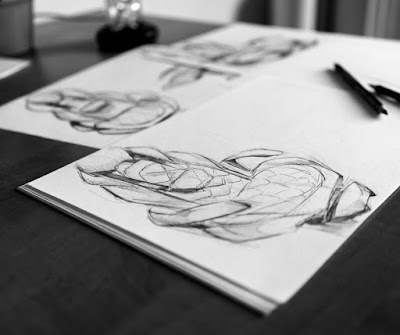 But he decided on taking up Commerce as his stream. Two reasons sealed his decision:
1. While he was above average in Math, it wasn't something he was in love with.
2. He had seen what his brother had gone through and that was definitely not his cup of tea.

He is good at sketching and drawing. Right from his childhood, he was very methodical, detail oriented and neat in his work. This was the comment that his teachers too would make about his work. But, he was his best critique! He would never be happy with his work and it would be done and redone until he was satisfied. Everything from his books to pencil box had to be arranged in a certain way. Touching his books or pencil box by any one of us was taboo! Even if we took out something and kept it perfectly the way it was, he would still know that someone had gone through his stuff!

Given all these peculiarities, he was clear it had to be something in fine arts. But did not have any clue as to what it could be. We then zeroed in on architecture. On enquiring, we found that one had to prepare for entrance exams to get into Architecture. This required preparation. One of my friends highly recommended this particular coaching institute where her daughter used to go. We went to this Institute during his summer vacations to find out more details about the course. After talking to the Trainer, we came to know that apart from Architecture, they also offered coaching classes for Design courses. This was something very new to us! The Trainer explained to us about various fields of design which one can pursue like Product design, Transportation design, Game, and Animation design and so on. We had never heard about this at all. We spoke for a long time and the more we got to know about it, the more my son started leaning towards design. Finally, my son decided to explore this option for two reasons:

1. He had found something which intrigued and interested him.
2. He came to know that Architecture required him to take math as one of the subjects in 11th and 12th grade. That was anathema to him.

He started attending what was called Foundation Classes at the institute, during his summer vacations. The Foundation Classes would help the Trainers gauge the strengths and weaknesses of the students and also help the students to actually discover if this was their calling. The classes were very interesting. The students were asked to sketch and design some twenty odd T-shirts, ties, jewelry, cartoons, furniture, shoe, school bags, sketch stories and so on.

As he started attending the course, a new world opened before him. He started enjoying it and discovered different facets and skills unfolding. Once his regular school classes started, the Foundation classes were held only on weekends. Our days of scurrying, ferrying and driving to and fro was finally over! Did I mention that Math was not mandatory for Design courses? So there, that was an added incentive for him.

P.S.: My son finally ended up taking Math in 11th and 12th grade as we felt if he were to change his mind and wanted to take up Architecture, then he would still have an option. To his credit, he managed to do well in Math without going for extra coaching!
Posted by shobhana shenoy at 11:35 PM